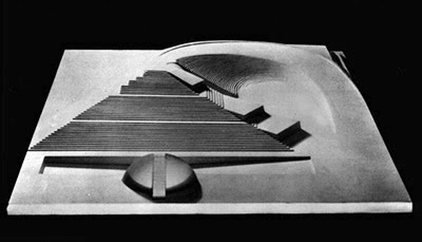 Figure 3
Play Mountain is one of Noguchi’s most important designs. Despite never being built, he describes it as “the kernel out of which have grown all [his] ideas relating sculpture to the earth." The park would have been equipmentless and taken up a full New York City block, molding the Earth to create a massive set of pyramidal steps, an amphitheatre, and a curved slope. While simple in form, the space was designed to be limitless in function. Noguchi believed that parks should be spaces where children can explore and utilize the space however they wanted instead of being expected to use certain structures to play. By removing equipment, children were encouraged to run and climb and traverse the space in ways they may not have otherwise thought.
One of Noguchi’s most famous built designs is the Japanese garden at the UNESCO headquarters in Paris, France. The space is credited as “the first to have been created by a sculptor rather than a gardener,” giving the space great historical significance and giving Noguchi experience in a different area than he normally designed. While Noguchi did not frequently design gardens, his culture and upbringing gave him a special perspective that made the design successful. He was the son of Yone Noguchi, a prominent Japanese poet, and spent his childhood in Japan from age 3 to 14. While living in Japan, he was fully immersed in the culture, but his life in the United States gave him a completely different perspective on design. This is seen in his UNESCO garden which has clear Japanese influences, but does notable things that a traditional Japanese garden would not. For example, the design features three axes. In his design, Noguchi keeps the axes prominent while traditionally they are invisible. There are also features of the garden that are not normally a part of Japanese gardens, but are significant to other areas of Japanese culture. The plant choices mimic the flora of Japan and utilize different flowering times to highlight seasonal changes. 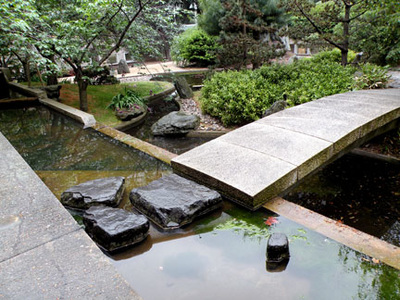 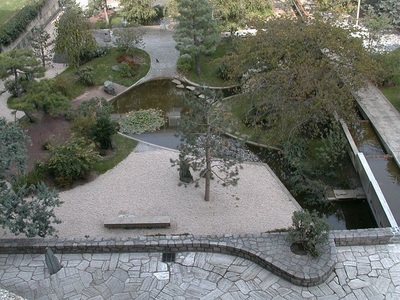 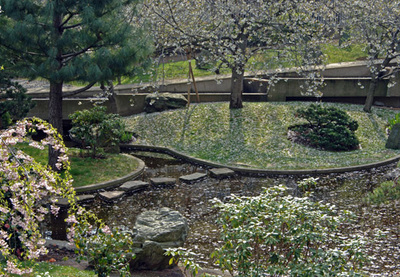 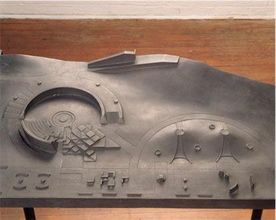 Figure 7
The Riverside Park playground is another important Noguchi design. He worked with architect Louis Kahn for over five years on multiple designs, each of which were rejected. The initial designs accomplished what Noguchi sought in all of his park designs, creating an area where children could play and explore freely. The plan envisioned large earthworks and sculptures and play objects that would be a permanent part of the landscape. The initial and several revised designs were decided to be too costly and avant-garde. After five proposals, they finally created a design that was accepted by the city in 1965. However, each revision resulted in Noguchi and Kahn reducing the scale of the design, which made it fit Noguchi’s ideals less and less. 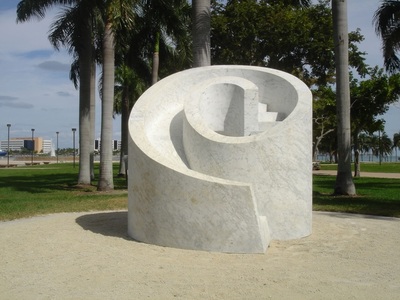 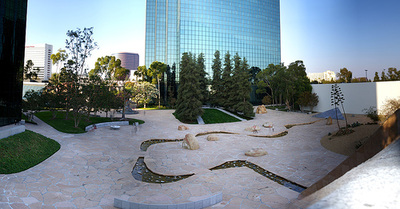 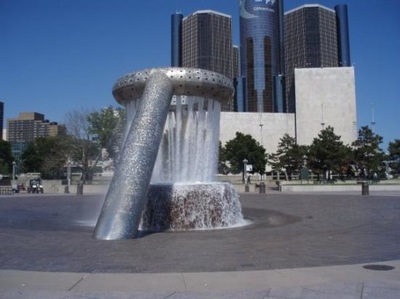