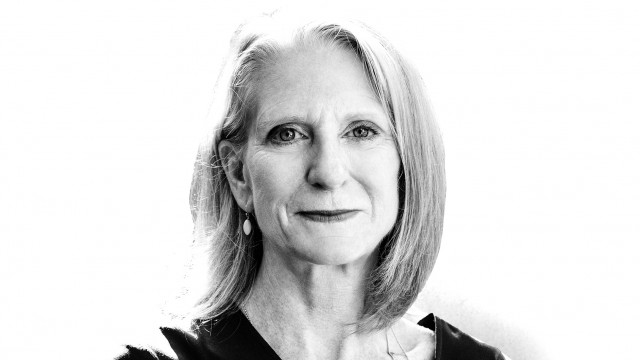 ​Katheryn Gustafson was born in 1951 Yakima, Washington. Gustafson grew up on the high plato dessert of the Yakima Valley (7). Gustafson grew up looking at this deserted land  cover with green agricultural patches that were only sustained by the vast number of water canals that flowed throughout the valley. It was this geographical feature that would later have an impact on  Gustafon career as a Landscape Architect. At the age of 18 she attended the University of Washington where she would only study for a year. The following year she would attend the New York Fashion Institute of Technology (6). After receiving her fashion degree she would embark on a journey across the Atlantic Ocean where she would then settle in Paris to become a fashion designer. She would later attend the Ecole National Superieure du Paysage in Varsaille. There  she would be influence by the surrounding garden around Versaille. As she recalls on a lecture she gave to the School of Architecture in Harvard U, these gardens thought her scale, proportion and the breakdown of the overall landscape (6). In Versaille she would also receive personal mentorship from her college professors. After receiving her Landscape Architecture degree she would have a hard time getting hired by a firm. This led to her opening her first firm a year after she graduated. Based in Paris her first firm lasted for 17 years (6). From there she would move her office to London where she would form a partnership with Neil Porter (2). The Firm was officially stablish as Gustafson Porter in 1997. Eventually the London office became an international award winning firm that stablishes itself as a firm that designs on the bases of the unique characteristics of a place. Three years after opening her office in London she would become a founding partner for her Seattle Firm. Officially stablish in the year 2000 the Gustafson Guthrie Nichol firm was stablish because of the high demand that Gustafson was receiving when she came back home to the US (6). The Seattle firm also became an award winning firm that offers a unique experience in designing high use landscapes in complex, urban contexts (3). With a combination of five partners and around eighty other staff members Gustafson balances her time traveling around the world for both her firms. Both of Gustafson firms takes into consideration the multiple layers a landscape project contains.
​Most of Gustafson work is civic work. Gustafson strongly believes that landscapes are becoming commercial ventures programmed to make money instead of becoming a civic foundation that enhances our cities (1). She believes that the only way to stop urban sprawl from happening is by densifying our cities. Making cities have all the components of open space and human needs is the only way to promote a healthy living space where someone can live their entire life. Gustafson has a saying of "Everything under the sky is mine" has become the blueprint for her design approach (6). She believes that landscape architects need to become responsible for every interaction someone has the minute they leave their home space. Gustafson also uses the fundamental principle of designing in layers, these layers represents all the outside factors affecting the design (6). With this approach in mind she has been able to create large and small designs that are multifunctional. It doesn't matter if she's designing the largest green roof in the world, or creating a very small memorial, Gustafson always seems to add a sense of identity to her design that allows them to work beautifully with the already existing landscape. Gustafson doesn't believe in creating decorative landscapes that have no sense of identity with it's surrounding (6). She believes that a landscape design should take into consideration the surrounding values of the people, as well as the history of the existing landscape. Gustafson is also a great sculptor (7). Having this skill has allow her to create extraordinary models that are rich in detail. Models is what allows her to analyze her design aesthetic appearance, and functionality values.  For over a period of thirty year Gustafson has become a multiple award winning landscape architect receiving some of the most prestigious awards in the field of landscape architecture, as well as receiving the Arnold W. Brunner Memorial prize in Architecture back in 2012. She has work all over the US, Europe, Asia and her personal favorite Singapore. To explore Gustafson personal signature we need to dissect some of her award winning designs. 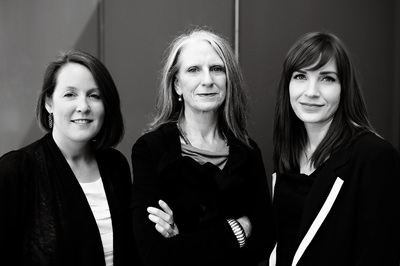 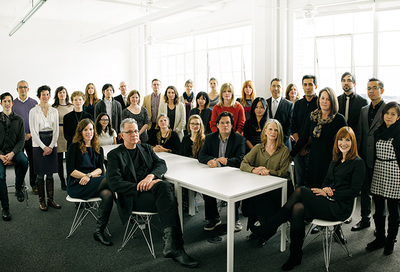 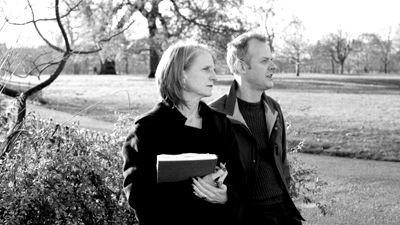 ​The Diane Memorial in the United Kingdom explores the whole pallet of design approaches that Gustafson utilizes. The simplistic modern design and the use of shallow water is a perfect example of what Gustafson is all about. It measures 5,600 sqm, and it cost 3.6 million to complete (2). The client was The Department of culture, Media & Sports and the monument was completed in 2004 (2). The designs "reaching out and letting in" represents Diane inclusive open personality. The two different sides of the almost oval shape monument also represents Diane's happy and turmoil life. But what allows the design to come alive is the water flowing from both sides the monument. Each side is unique, and each side has a story to tell about Diane's life. The clear monumental design and the channelized water are two perfect examples of how Gustafson was affected by her early days as a child growing up in Yakima Valley, and later in life seeing all the monuments around Versailles. I personally love the idea of using water and shape to tell a story about someone's life. It gives the monument a sense of identity that a static monument can't easily get across. It allows the design to tell the story to a person standing or sitting next to it without them having to read a written passage next to the monument that explains the meaning behind the memorial.
​The Lurie Garden is a colossal green roof that eventually became perhaps the largest green roof in the world. Located in Millennium Park, Chicago Illinois the garden is 5 acres in size. Some of the major highlights of the garden includes the 138 different perennials plants  that cover most of the ground of the design (8). Another major element to the garden are the two 15 foot high shoulder hedges that are a physical representation of Carl Sangburg famous description of Chicago as "the city with the big shoulders".The Garden cost 13.2 million to complete, and it also has a 10 million dollar endowment for maintenance(8). The Lurie Garden is the second largest touristic attraction in Chicago. The garden pays tribute to Chicago's transformation from a flat marshland to an innovative green city (8). In the words of Gustafson "The Lurie Garden is a Design inspire by Chicago's distinct natural and cultural history. This project makes me admire Gustafson boldness by taking on such a colossal size project, and having the ability to make it work with the complexity of a city environment. The design also had to take into consideration all the irrigation that  sustains the vast number of plants growing on it. The level of complexity perfectly came together when the project was finally completed in 2004 (8). It now stands next to one of Frank Gehry's buildings, and the combination of both excellent landscape architecture and architecture makes it a very successful touristic attraction.
​Finally, I am going to introduce and critique my favorite design from Gustafson. The Smithsonian American Art Museum's Kogod Courtyard is truly a master piece in my eyes. The overall design is a collaboration from two renowned firms, Foster & Partners and Gustafson Guthrie Nicols (9). The combination of a beautiful glass ceiling canopy works perfectly with Gustafson water scrims that reflect back the beauty of the surrounding architecture. The courtyard is 28,000 square feet in size, and it cost 63 million to build . The design is a combination of Greek Rival architecture mix with contemporary architecture (1). The design of the courtyard had to take into consideration the climate inside the courtyard that would need to sustain the hundreds of visitors as well as all plant material growing inside the glass ceiling courtyard. There are four water scrims that are about a quarter of inch deep (1). These scrims reflect back the beautiful historical walls of the museum as well as the contemporary architecture of the building (9). A magazine recently called the museum and the courtyard "one of the seven modern wonders of the architecture world" (1).
​            Kathryn Gustafson is a pioneer in the practice of landscape architecture. Her work is a reflection of what happens when someone enjoys and knows how to run a team of architects to work cohesively and build landscapes that stand out from the rest. Her work have won numerous awards internationally.  One important aspect about Gustafson is that the older she get the more impressive her design become. From now on I will follow her work future project and try to learn something new from this great female landscape architect.
1. American Society of Landscape Architects. “Interview with Kathryn Gustafson, ASLA.” Accessed November 25, 2015. http://www.asla.org/ContentDetail.aspx?id=26846
2, Gustafson Porter. “Diana, Princess of Wales Memorial.” Accessed November 26, 2015. http://www.gustafson-porter.com/diana-princess-of-wales-memorial-fountain/
3. Gustafson Guthrie Nichol. “Profile.” Accessed November 25. 2015.”http://www.ggnltd.com/profile.php
4. Gustafson Porter. “Profile.” Accessed November 25.  http://www.gustafson-porter.com/diana-princess-of-wales-memorial-fountain/
5. Youtube.com “Daniels Public Lecture: Kathryn Gustafson A Place that Fits: Landscape Architecture." Accessed November 25 https://www.youtube.com/watch?v=TPUhrKl_GaA
6. Youtube.com. “Metropolitan Transformations, Kathyrn Gustafson, RLA, ASL” https://www.youtube.com/watch?v=jEurKgfbBVs
7. Youtube.com “Being Local When You're Not - Kathryn Gustafson.” Accessed November 25.
https://www.youtube.com/watch?v=dD7i6kWR6aw
8. Lurie Garden “About The Lurie Garden” Accessed November 29. http://www.luriegarden.org/about-lurie-garden
9. New York Times “A Delicate Glass Roof With Links to the Past” Last modified November 17, 2007. Accessed November 27. http://www.nytimes.com/2007/11/19/arts/design/19fost.html?ref=arts&_r=0
​