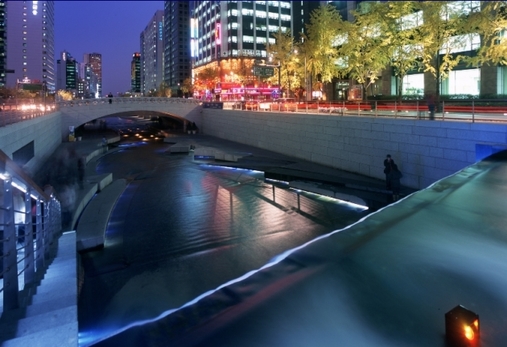 picture 2
Mikyoung Kim has received many awards from the American Society of Landscape Architects, the American Institute of Architects, and the International Federation of Landscape Architects. Some of these awards include the Public Art Network Year in Review the Honor Award for Design from the ASLA for the ChonGae Canal Restoration, the Honor Award for Design from the ASLA for the Flex FENCE: Farrar Pond Residence,the Harvard University Veronica Rudge Green Prize for the ChonGae Restoration Project,the Honor Award from the Urban Waterfront Commission for the ChonGae Restoration Project, the Honor Award for a Built Project from the AIA for the Rogers Environmental Magnet School, and the Honor Design Award from the BSLA for the Levinson Plaza.
I think that Mikyoung Kim gets most of her inspiration from her early childhood as a pianist and her past experience as a sculptor. She said “Music is what inspires me most. I have really eclectic interests from Bill Evans to Steve Reich and Andras Schiff playing Bach.”(Taylor,2014) in an interview with The Wall Street Journal.  She also says Kim credits her imaginative approach to her past as a performer. A classically trained musician, she was set on becoming a pianist until tendinitis forced her to switch paths. “I had to find a new way to communicate creatively,” she says. 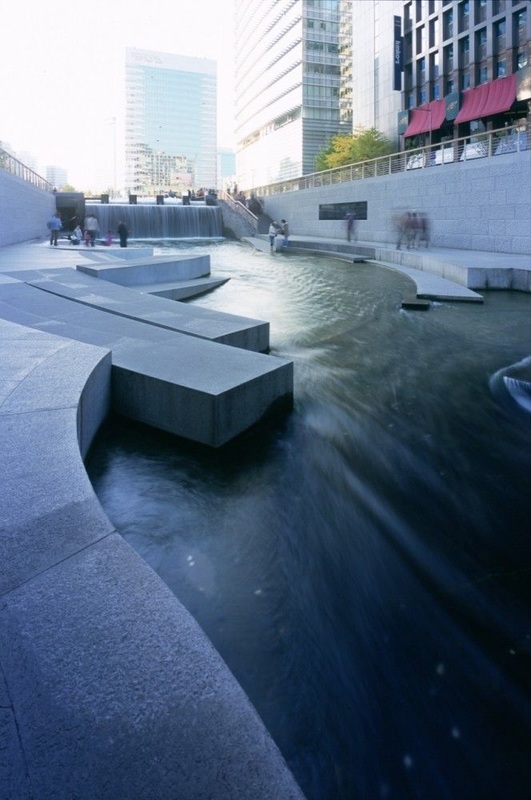 Alyssa (2015)found “One of her firm's latest undertakings involves transforming a Boston plaza into a real-time wind-velocity diagram, filling the space with 45 weather-vane-topped steel columns that emit light of different colors depending on the intensity of local gusts. For a thoroughfare in Chapel Hill, North Carolina, meanwhile, Kim devised a sculpture that, inspired by lungs, “exhales” storm-water runoff as a cool mist. While Kim's projects may share an underlying aim, no two are ever alike. “I always want to explore new territory,” she says. “My goal is to make everyone feel like a child again.(p.100-1)”
One of Mikyoung’s most notable designs would be the ChonGae Canal Restoration Project, in Seoul, Korea. Located in Seoul, South Korea the ChonGae Canal restore seven miles of Seoul’s historic waterways. The project has added between $2.9 billion and $20 billion to the local economy and created 300,000 new jobs in the construction, machinery, real estate, and retail industries. Air pollution around the stream has decreased by 36% and the canal is five degrees cooler in the summer then the surrounding area. And according to Mikyoung Kim Design (2015) “The goal was to restore this highly polluted and covered water-way with the demolition of nearly four miles of at grade and elevated highway infrastructure that divided the city. The outcome is the creation of a pedestrian focused zone from this former vehicular access way that brings people to the historic ChonGae River while mitigating flooding and improving water quality.”
Mikyoung’s design style is more of a modern architectural style, she incorporates many new lighting and holographic installments into her designs. Her style seems and feels very fluid and fit well with their surrounding environment, her large extravagant designs don't out of place. And has a nice use of space that makes her designs so pleasing.
picture 3