Born 1943 one of five children raised in Endicott NY, Thomas Balsley is one of three brothers to graduate SUNY ESF BLA and the only ESF graduate with the distinct honour of being awarded both Outstanding Senior Award, a student award, and a professional award in 1968.
Knowing he was always destined for New York City, Balsley began working from his kitchen after graduation, founded his first firm in 1970, Balsley Balsley & Kuhl, but the Arab oil embargo of 1973 slowed growth in the city and the firm began doing pro bono work, learning New York City's public review process and "living the New York experience".

The New York Experience of the 1970s 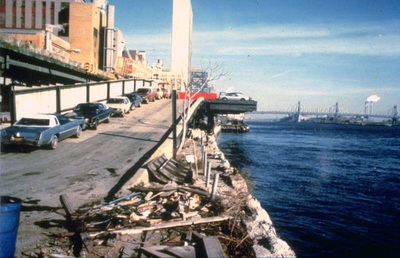 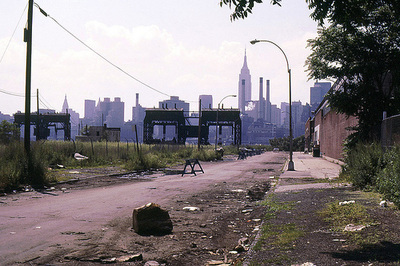 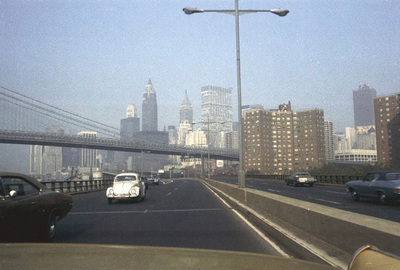 Fig. 5 Franklin Delano Roosevelt Highway New York City 1970s - bisecting the city and east side neighbourhoods from the waterfront of the East River 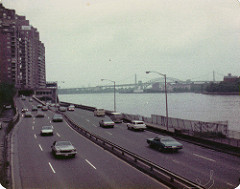 Fig. 6 FDR Drive New York NY 1970s that bisected the city and its east side neighbourhoods from the waterfront of the East River

Changing the face of a city ...

Balsley has designed more than 100 public parks, plazas and privately owned public spaces in New York City since the early 1970s, initially challenged by a city brought to its knees by economic uncertainty, the blight of drugs, violence and poverty. Throughout his career Balsley has been primarily concerned with improving urban life rather than peer acceptance and awards, preferring the pride and satisfaction of a job well done seeing a site is filled with people enjoying his work. Balsley's contribution to the softening of New York City's hard edges over the past four decades has earned him high praises from community boards all over the city as well as a park renamed in his honour.

"...my work must serve and have meaning. I believe that public open space is sacred ground and that we are obliged to honor the public's trust."

Riverside Drive between 59th Street & 72nd Street
Seven acres out of 27.5 to be developed along Hudson River

Balsley believes that Landscape Architecture would benefit from a more urban centric focus, bettering cities with existing infrastructure such as those of the "Rust Belt", Pittsburgh, Cincinnati, Cleveland, St Louis, which have lost as much as half of their populations in recent decades to suburban sprawl. Unlike China, the U.S. cannot mandate that businesses move to newly built sustainable cities, but we can redirect efforts to improving  these existing environs and further protecting the environment.

“You can’t let these sorts of public spaces cower from the street,” says Balsley. “That was the old way, and it didn’t work.” 5

One characteristic making Balsley’s work so significant over the past four decades is the way in which he finds the personality of a neighbourhood, translating it into an appealing space, transforming traits of existing architectural and surrounding environmental elements into elegant features, inviting diverse users and purposes. One of the most persuasive features of Balsley’s designs is the blurring of boundaries between park and street, enticing passersby to explore what’s inside. For me, the most exciting aspect of Balsley’s work is his use of line and geometry to delineate features, combine elements and create contrast between existing and implemented, hard and soft, old and new.
The remarkable evolution of public opinion regarding urban planning since the dark days of New York City in the 1970s through today reflect the influence Balsley has had, one small park, plaza and POPS at a time over the years on his home city and how his interest in the people that use these spaces every day has allowed him to translate relatable spaces to meet their needs and desires within their community.